A.K Priolkar quotes an eyewitness account, by Charles Dellon, an Evangelical Christian born in1649 A.D. The French traveller writes about the burning of “hundred Jews”. 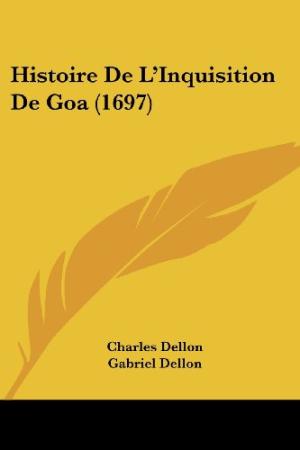 Dellon was a prisoner in Goa for eighteen months, following an order of the inquisitors on August 24, 1673. His book were Published in France in 1687 A.D, but was banned in Portugal and in Goa.

“Other acts of injustice, commonly committed by the Inquisition. The judges of the Holy Office might readily ascertain the truth or falsehood of the charge of Judaism, would they take the trouble to investigate the matter without prejudice, and to consider, that of an hundred persons condemned to be burnt as Jews, there are scarcely four who profess that faith at their death. The rest exclaiming and protesting to their last grasp, that they are Christians, and have been so during their whole lives, that they worship our Savior as their only true God, and that on his mercy, an the merits of his adorable sacrifice”, alone.12

Download a free copy (PDF-file) of a English version of the book of Delon.

Born in Bergen, Norway in 1965
View all posts by ivarfjeld →
This entry was posted in Books, Uncategorized. Bookmark the permalink.