Professor Gideon Avni held three lectures at a mini-conference at Hotel Vivanta by Taj in Panjim,  Monday 23rd of January 2017. 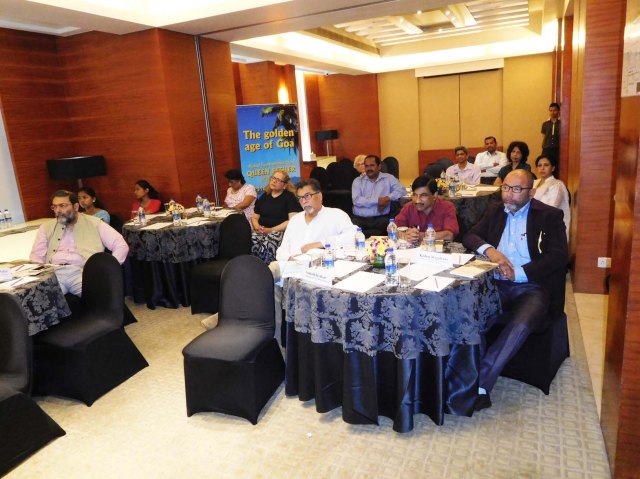 The mini-conference, a closed session, was attended by Prof. Varun Sahni, Vice Chancellor Goa University.  From the city of Calicut came K.K Muhammed, former Regional Director of Archaeological survey of India (ASI), North India. Also Kishor Ragubans from ASI, Museum of Archeology, Old Goa was present. Prof Avni also had the honor of having the well known modern artist of Goa, Mr. Suboth Kerkar, from the Museum of Goa (MOG) at Pilerne, as part of the audience.

Gideon Avni at the venue at Hotel Vivanta in Panjim.

A total of 25 people accepted the invitation, including a handful of local Christian leaders.

The three lectures given by Professor Gideon Avni was:

“Between the Temple Mount and the Holy Sepulchre – The archaeology of Jerusalem.  Overview of the Jerusalem archaeology with emphasis on Christian and Jewish remain.

“East West connections in antiquity – Asia and the Holy land , which will present some case studies of these long term connections”

One of the lectures of Professor Avni.

The theme for the mini-conference was displayed on the info-boards of Hotel Vivanta. 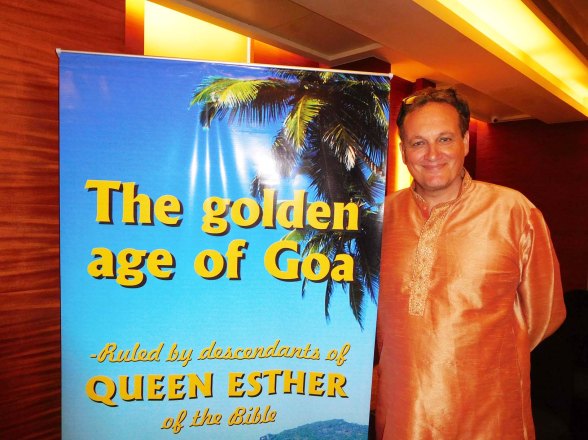 Ivar Fjeld released his second book on the history of Goa. The first was named “The Jewish martyrs of Old Goa”, released in 2014.

The latest book kan be orderd by sending an email to: ivarfjeld@yahoo.com

Born in Bergen, Norway in 1965
View all posts by ivarfjeld →
This entry was posted in Conferences, Gideon Avni. Bookmark the permalink.
Loading Comments...
%d bloggers like this: